Occasionally a piece of wood will reveal an element of surprise.  Such was the case for an ambrosia maple natural edge bowl that Ted recently turned.  He expected a lot of beautiful figuring and an interesting pattern at the base of the bowl.  What he didn’t know was that this bowl would follow the theme of Ptarmigan Arts gallery’s “Faces” show, which will continue through the month of March. 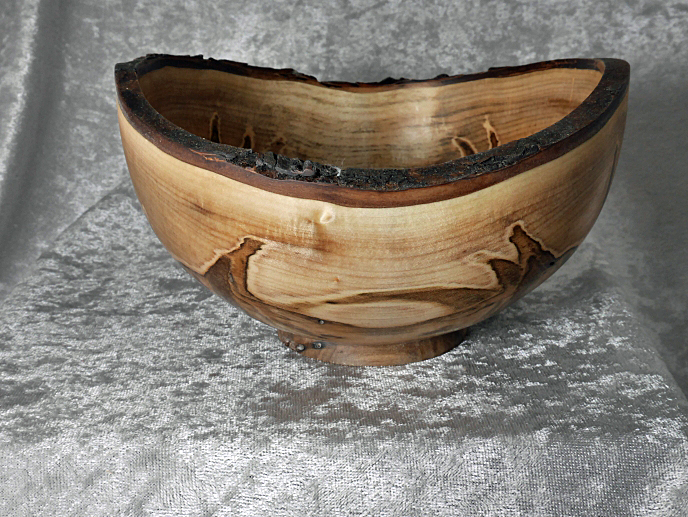 Over the past week we had many discussions along the lines of “What do you see?”  The faces in the bowl could be attributed to Elsie the Cow, a scarab beetle, a demonic apparition, a wild boar, or some mutant species of crab. 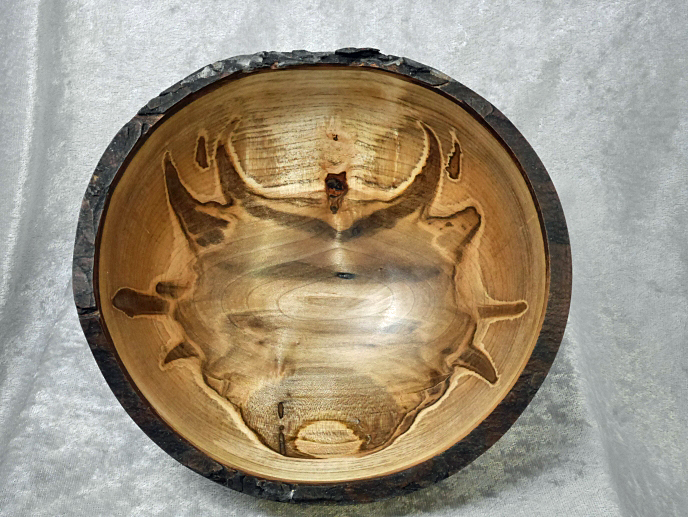 While working on this bowl, neither of us spotted the smallest and yet most recognizable face.  Only after Ted had finished waxing and buffing the bowl, a process that brought out a satin sheen, did we spot the tiny image of none other than ZZ Top. 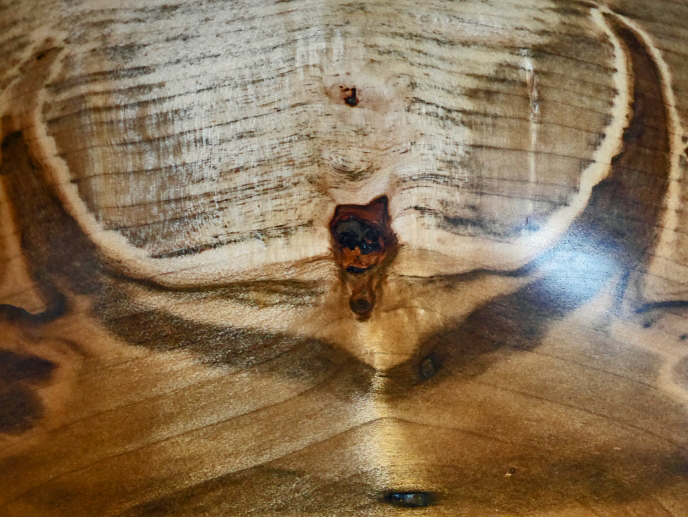 Ambrosia maple is a term that is used to describe maple that has been attacked by ambrosia beetles.   As the beetles bore through the wood (usually a soft maple, such as red maple), they create tiny tunnels that act as channels for a fungus that produces streaking and color patches.  Not to worry – both the fungus and the beetles are destroyed during the process of drying the wood, leaving behind a completely natural enhancement with no loss of structural integrity.

We owe the ambrosia beetles a big thank-you for their work in creating a lovely piece of wood.  And who knew what would lie within?