In 2013 a massive bur oak (a white oak with the largest acorn of any North American oak) was cut down near Dorset, Ohio. The tree had been struck by lightning and had become “unsafe.” Over 9,000 board feet of lumber was milled from this tree. When the tree was aged it had 624 growth rings, each ring corresponding to a year of growth.

This pepper mill was turned from a piece of that tree – a tree that was nearly 400 years old when the American colonies declared independence and already over 100 years old when Christopher Columbus set sail from Spain. 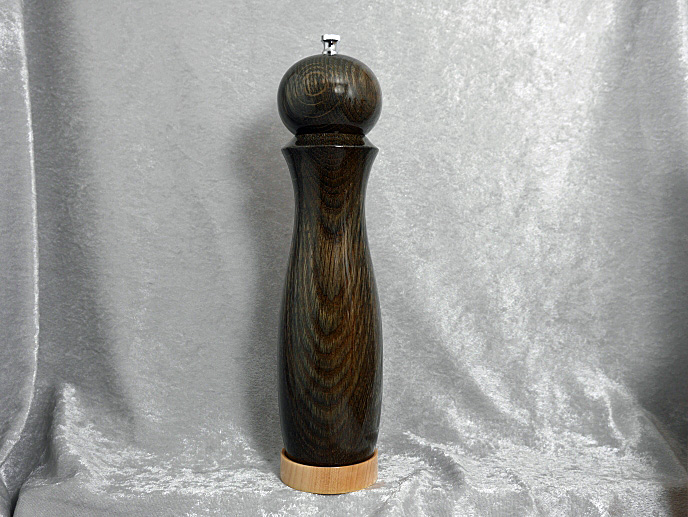 Imagine what life was like over 600 years ago. The tree stood as a silent witness to centuries of change. All that accompanied the passage of time — war and peace, conquest and surrender, the development of a mechanical and technological society, population growth – is represented by a single growth ring for every year of that tree’s existence.

In its ordinary state, bur oak wood has a light to medium brown color. The 12” bur oak pepper mill has been dyed with a black analine dye, applied while the mill was turning on the lathe. Because bur oak wood is typically coarse-grained, it required at least 20 (probably more) coats of polyurethane finish, wet-sanded between coats, to produce the glossy sheen typically found on many of Ted’s turned items. 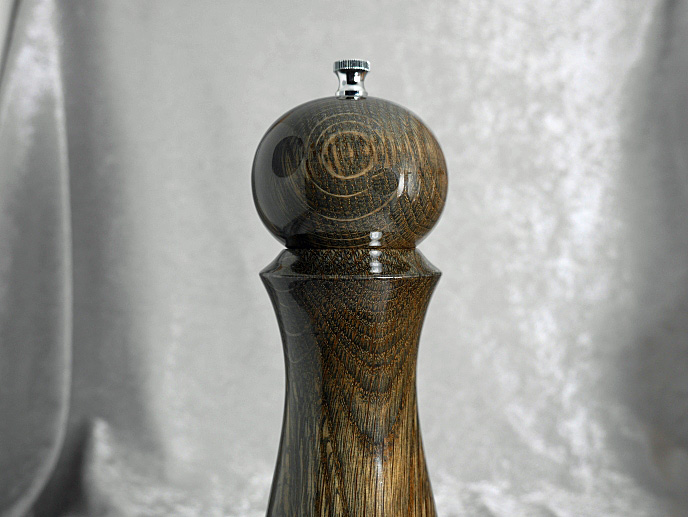 The separate base is turned from hard maple.  The base will keep your table and linens free of stray pepper grains and adds a nice visual contrast to the grain of the bur oak. 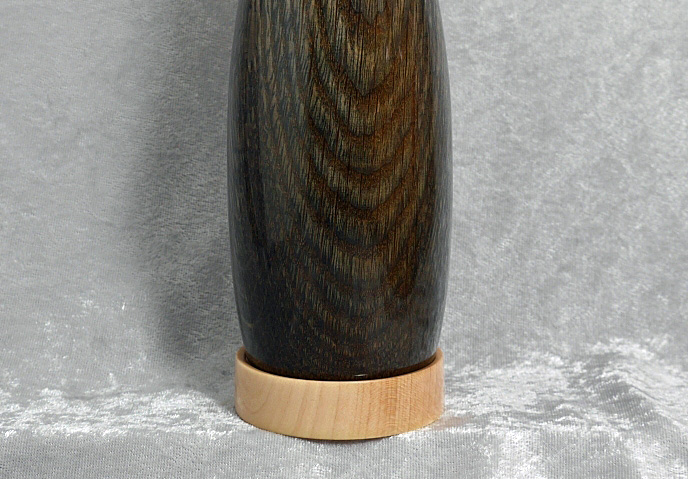 This mill is what you could call an item for posterity, one that can be passed down from generation to generation. Bur oak is an extremely hard and durable wood. And after all, that tree for the ages survived 624 years before being struck by lightning.