A relative recently asked me to make him a custom pool cue.  I was pretty reluctant at first and tried to get out of it by offering a series of excuses like I don’t have a cue lathe, or he could buy a quality production cue cheaper than I could possibly make one for him. However, he was not to be deterred and said it would be more special if I made one for him — hence my experiment in cue making. 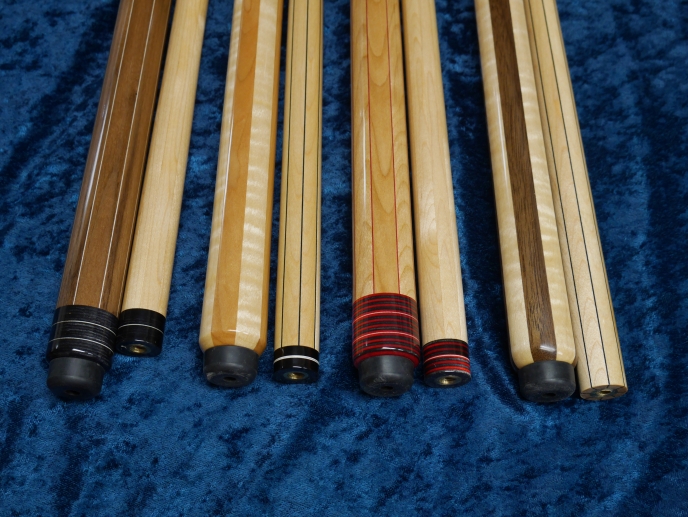 After reading quite a bit about pool cues online, I became fascinated with radially laminated cues which are supposed to be more dimensionally stable (less prone to warping).  Having made a lot of stave bowls, stave pepper mills, etc. I thought that a radially laminated cue might be something I could handle.

My first step was to cut the staves, about 30 inches long, on my table saw. I used 8 staves, which seems to be a common number, for both the shafts and butts.  Of course these need to be cut at exactly a 22.5 degree angle on each side, so when glued together they form a cylinder without any voids.  When finished, the shaft and the butt together should be about 58-60 inches in length.  Rather than make just one cue, I decided to make four with the hope that one might come out OK. 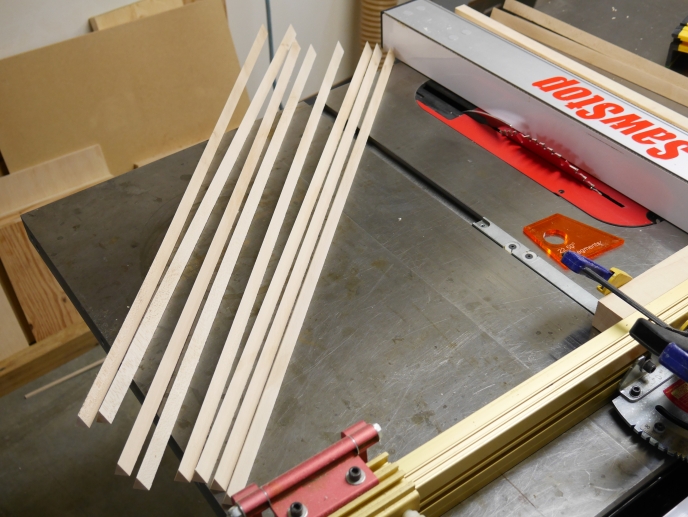 I made a sled to hold the staves at the correct angle so I could run them through my drum sander and remove any saw marks. 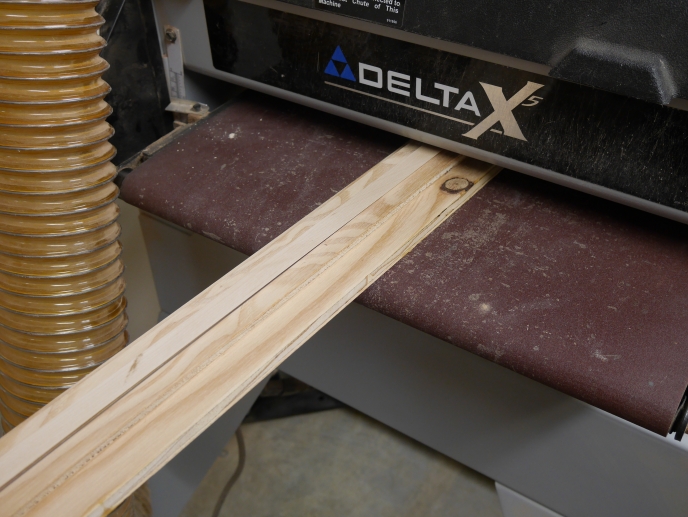 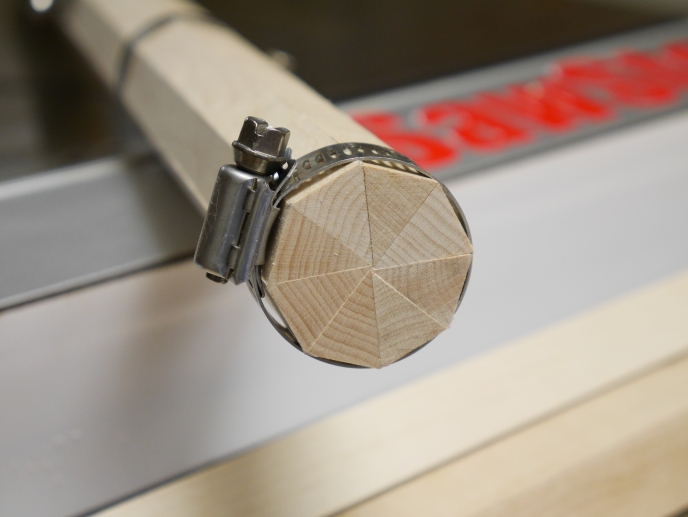 To be different and make my cues stand out, I cut and glued dyed veneer strips between some of the staves.  (Guess I’ll have to buy my wife a new blade for her fabric cutter.) 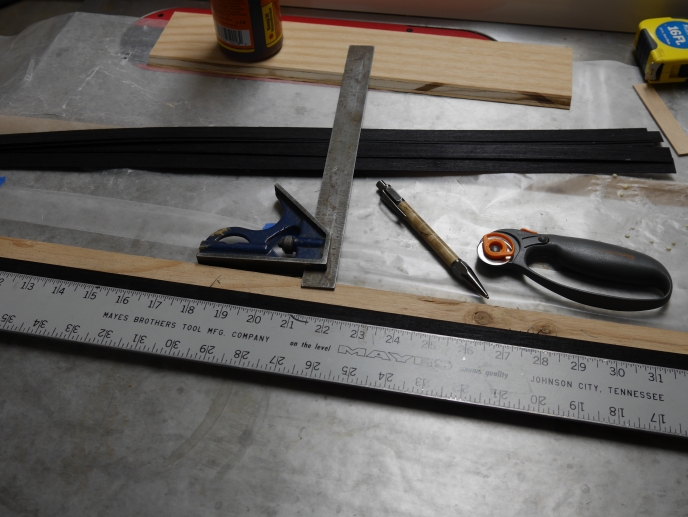 I used water-proof polyurethane glue and hose clamps, one about every three inches, to glue the staves together.  (Yes, a messy job.) 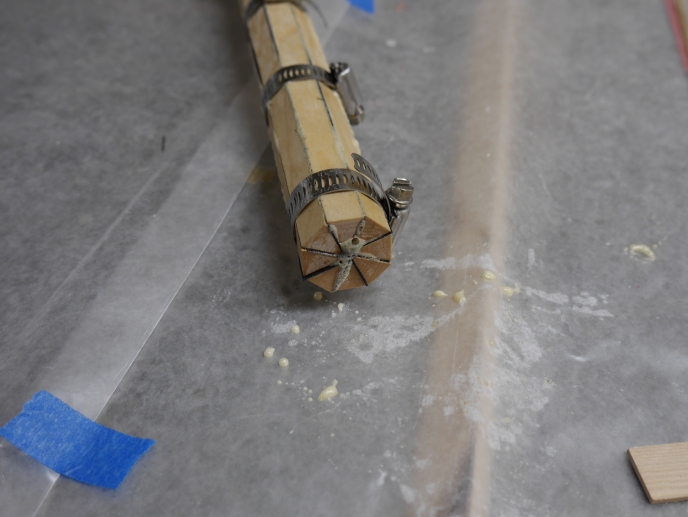 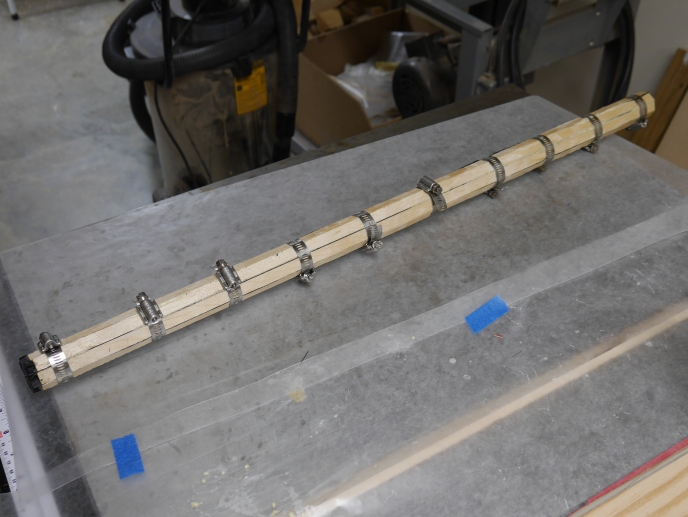