After a quick stop at Timberline Creations of Alaska, located in Anchor Point and owned by Mike Lettis, we came home with several pieces of Alaska moose antler and a Dall sheep horn (more about that horn later).  Ted had been running low on antler and needed to replenish our stock of moose antler pens and razor sets.  These items sell well throughout the year but are particularly in demand during the Christmas sales season and the brief but busy summer months, when our little town of Homer puts out the welcome mat for visitors and tourists. 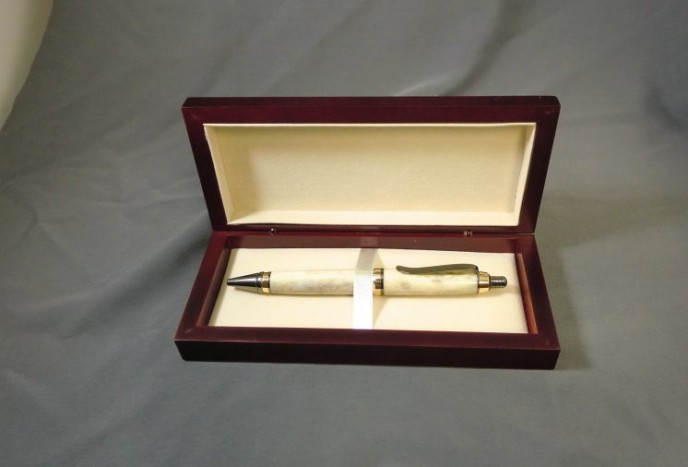 Moose antlers are huge.  However, Ted only uses the beam portion of the antler that attaches to the skull so in our buying expeditions he looks for straight, heavy pieces that can be cut into multiple blanks.  This piece will do nicely. 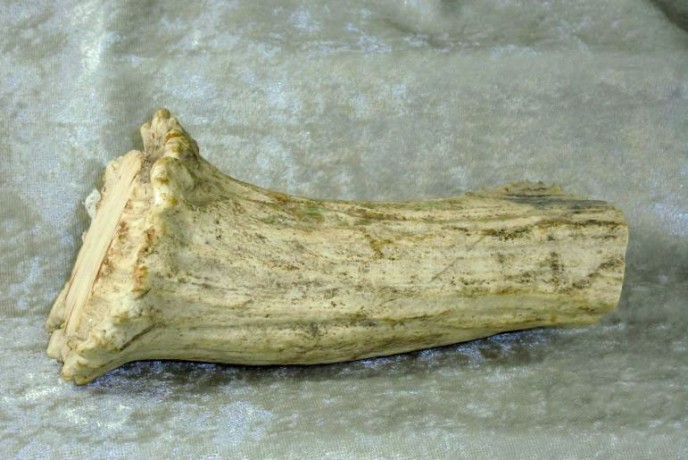 Here’s a nice piece of antler that doesn’t show the effects of weathering.  Unfortunately, all of the beautiful brown tone will end up as shavings on the shop floor, but it’s a fine piece of antler and will make quite a few pen and razor turning blanks. 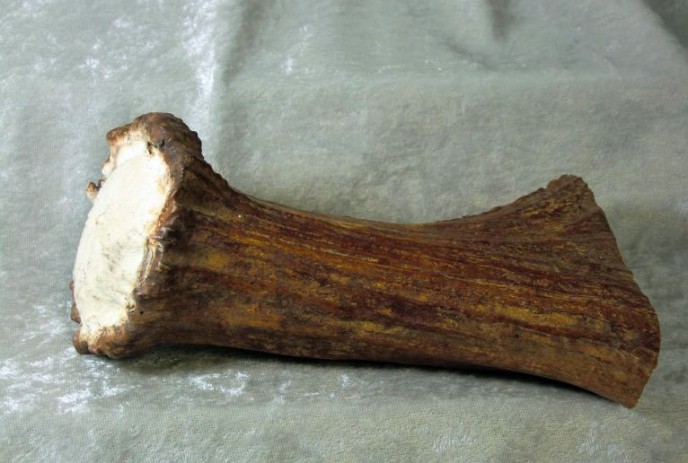 Moose antler is a hard, dense material.  It serves the bull moose well during the summer and fall when he carries his antlers around before shedding them at the onset of winter.  It is also hard on saw blades and turning tools.

Once cut, the beauty of the antler becomes apparent.  Moose antler displays a wide range of hues, from a light ivory to gray to cream.  Some pieces contain darker flecks, speckles, or streaks that add contrast and interest to the finished piece. The size of the turning blank depends on the pen kit that Ted will be using.  We are fond of the Artisan Aero click and twist pen kits, which have high quality components and subtle but intricate embellishments.  The Aero pens are a nice size for those with smaller hands, and they use easily obtainable Parker refills.  Here’s an Artisan Aero twist pen with 10k gold and chrome plating. 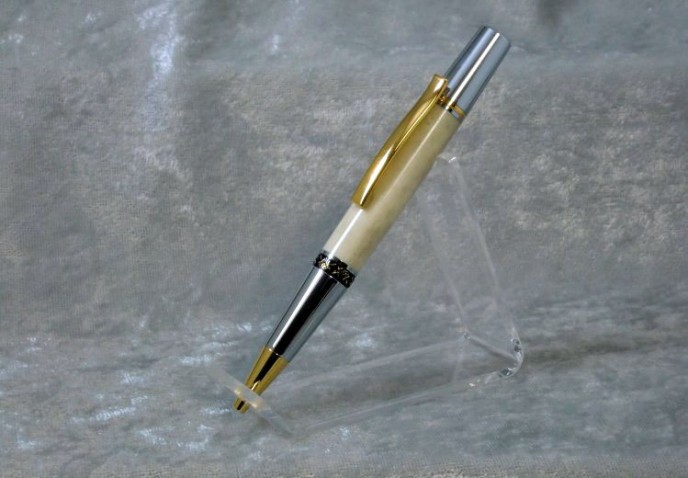 All of Ted’s moose antler pens are protected by several coats of durable polyurethane finish and are designed to be used and enjoyed for many years.